In response to the Pulse Night Club Mass Shooting in Orlando, Florida, Argentinian-American artist Stephanie Mercedes melted a Sig Sauer MCX rifle (the exact model used during the shooting) to cast 49 “liberty bells” for the 49 individuals who lost their lives. Mercedes went on to melt guns and bullet casings into other musical instruments and sculptures such as harp strings, books, and gongs. She hopes this will open a dialogue about guns and violence in America. Mercedes also incorporates music and history into her art to tackle subjects like “The Disappeared” from the Argentine Dictatorship (1976-1983). 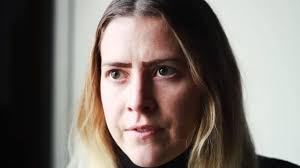 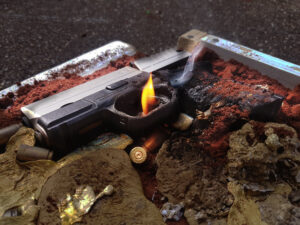 Painting Through Pain, with Hiba Jameel