Nick Basta is a television and film actor. His film credits include Harriet (nominated for 2 Oscars), about Harriet Tubman’s escape from slavery, and The Glorias, a biopic about Gloria Steinem starring Julianne Moore, Alicia Vikander, and Janelle Monáe. The Glorias premiered at Sundance this year. His TV credits include a major role in Turn: Washington Spies, Season 3 of True Detective with Stephen Dorff and Mahershala Ali, and the upcoming D.C. Comics series Star Girl starring Luke Wilson. 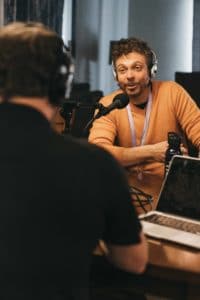 Hollywood, Harps, and the Healing Hands of Chris Kinkade