Transcript of EpisodeSue Ennis is an internationally-recognized songwriter. Best known for co-writing more than 70 songs with Ann and Nancy Wilson of the platinum-selling rock band Heart, Sue has more than 35 million records sold, including 10 gold, 4 platinum, 1 triple platinum and 1 quintuple platinum album. Sue recently co-wrote and performed on Nancy Wilson’s first solo album, You and Me, which was released last Friday. She also teaches songwriting workshops and her “Craft of Songwriting” class sells out every quarter at Shoreline Community college. 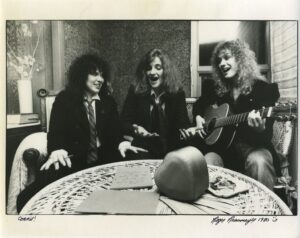