B.J. Thomas passed away after a battle with lung cancer last week. In this special bonus episode we are replaying his interview in its entirety, as it aired in September of 2020, as a tribute to B.J. and the 50 years of hits he gave to the world. RIP B.J.

Below are the original show notes from that episode. 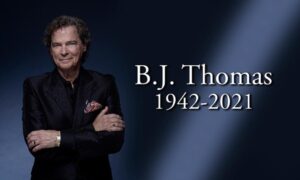