Moby is a musician, songwriter, singer, producer, and animal rights activist. With more than 20 million albums sold worldwide, Moby is responsible for bringing dance music into the mainstream in the United States, United Kingdom, and beyond. His documentary Moby Doc covers his life and career, his many musical collaborations with artists like David Bowie, and is an existential meditation on success and happiness. Moby’s 19th studio Album, Reprise, was released in May of this year, and features collaborations with artists like Gregory Porter, Kris Kristofferson, and Mark Lanegan. 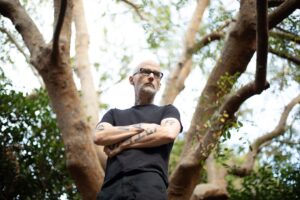