Bryan and Jason discuss takeaways from Bryan’s chat with Moby and stand-up comic Monica Nevi. Bryan brings out a Senegalese, goat-skin drum to play for Jason. Bryan and Jason wax nostalgic about the 50th Anniversary of Joni Mitchell’s Blue album. And Bryan and Jason preview the upcoming interviews with David Magidoff who is a series regular on the 9th season of Dexter on Showtime, and comedian and activist Tommy Chong. 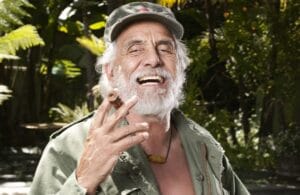