Michele Ohayon is an Academy Award-nominated director, screenwriter, and producer. She is also the CEO and Co-Founder of Kavana Entertainment. Her documentaries include It Was a Wondeful Life narrated by Jodie Foster, Cowboy del Amor, and the Academy Award nominated Colors Straight Up. Her most recent film is Netflix’s Strip Down, Rise Up. which follows the journey of a diverse group of women who heal trauma and body image issues through sensual movement and the art of pole dance. 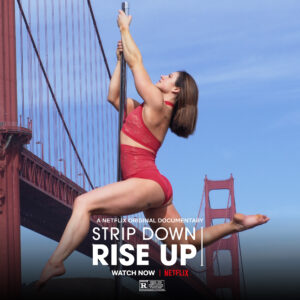 RECAP – Bryan and Jason on Strip Down, Rise Up, and Raising a Podcast Baby

Hollywood, Harps, and the Healing Hands of Chris Kinkade