Singer, songwriter, and musician Mark Pickerel was a founding member of the Screaming Trees, a PNW band that shaped the course of grunge history in the 80s and 90s. After recording five studio albums with the Screaming Trees and recording with Nirvana as well, Mark started the bands Truly, The Dark Fantastic, and Mark Pickerel and His Praying Hands, (now Pickerel and the Peyote 3). Mark has also collaborated with musical icons such as Brandi Carlile, Mark Lanegan, and Guns and Roses’ Duff McKagan over the years. Mark’s most recent album is I Have Visions. 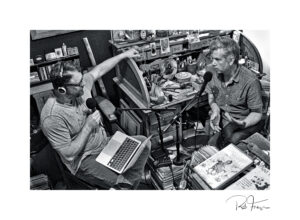