Ken Kinnear is an artist manager, concert promoter and author. He managed the band Heart for more than a decade and is the creator/developer of The Gorge Amphitheater in George, Washington, considered by many to be the most iconic outdoor music venue in the world. Ken is featured in the documentary Enormous: The Gorge Story (now streaming on Amazon Prime, Apple TV, YouTube and Vudu), and his book, There’s An Ass For Every Seat, will be released in March. Ken is also the host of a podcast of the same name, where Season 1 is focused on his campaign to “Induct the Gorge” into the Rock & Roll Hall of Fame. He is scheduled to interview a number of Rock Hall artists, more than 60 of whom have performed at the Gorge. The Gorge Amphitheatre would be the first venue—ever—to be inducted into the Rock & Roll Hall of Fame. 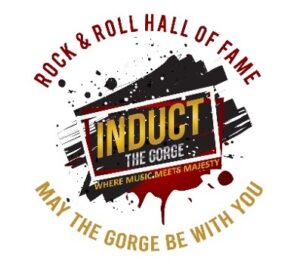 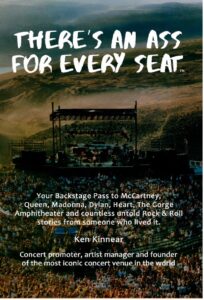