Carlson Young is a television and film actor, screenwriter, and director, known for her roles on Scream: The TV Series, True Blood, and Key and Peele, among many others. She made her feature length directorial debut with The Blazing World, starring Dermont Mulroney, Vanessa Shaw, and Udo Kier, which premiered at Sundance this year. Isom Innis, from the multi-platinum selling band Foster The People, scored the film. 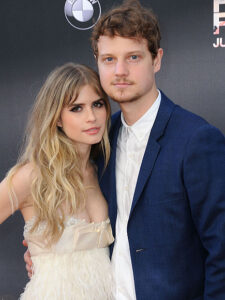 Takeaways from David Frangioni, Pandemic Life, and What’s Ahead

Andrea Sooch on Finding Meaning and Purpose Through Acting, Therapy, and Mindfulness