Musician, film producer, and actor Al Di began his career in music before connections in the music world gave him the opportunity to produce movies. Al has produced Dreamland with Jason Schwartzman, Brigsby Bear with Kyle Mooney, Greg Kinnear and Claire Danes, and Lost Transmissions with Simon Pegg, among others. His most recent film, Some of Our Stallions, was written and directed by Carson Mell, executive produced by Mike Judge, and stars Carson, Al, and Olivia Taylor Dudley. 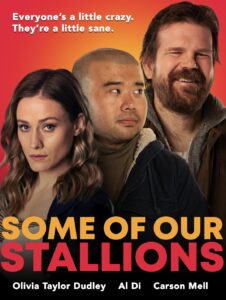