Episode 36: Creating the Look and Feel of a Film, with Production Designer Adri Siriwatt

Adri Siriwatt is a production designer in television and film. Her film credits include Batman Begins with Christian Bale (directed by Christopher Nolan), Stranger Than Fiction with Will Ferrell, Emma Thompson, and Dustin Hoffman, and The Last Shift, directed by Andrew Cohn and starring Richard Jenkins, Shane Paul McGuie, and Ed O’Neil. Adri’s next film, Echo Boomers, starring Michael Shannon, is in post post-production. Based on a true story, it’s about five college graduates who decide the best way to get back at the unfair economy and live the life they’ve always wanted is to steal from Chicago’s richest and give to themselves. 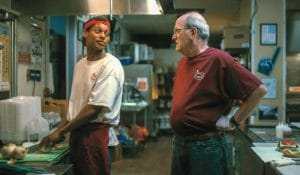 Shane Paul Mcghie and Richard Jenkins appear in The Last Shift by Andrew Cohn, an official selection of the Premieres program at the 2020 Sundance Film Festival. Courtesy of Sundance Institute | photo by Mott Hupfel. 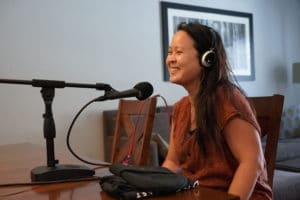