Andrea Sooch is a successful actress, licensed drama therapist, and social worker. A native Hungarian, Andrea came to the US after receiving a scholarship from the American Musical and Dramatic Arts Academy. Many fans know Andrea from her recurring role as Russian mob boss Riva on the TNT series Claws. She has also appeared in hit shows such as The Blacklist, Broad City, Gotham, and Boardwalk Empire, as well as in films like John Wick, with Keanu Reeves. 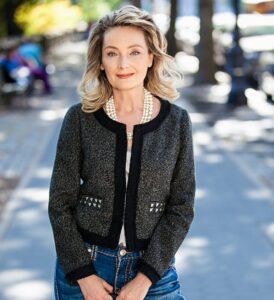